I've posted a few covers for Marvel Comics' Frankenstein series (and will have a few more scattered here and there in the coming months)... but here's a couple grouped together to give you a better idea of what it was about! 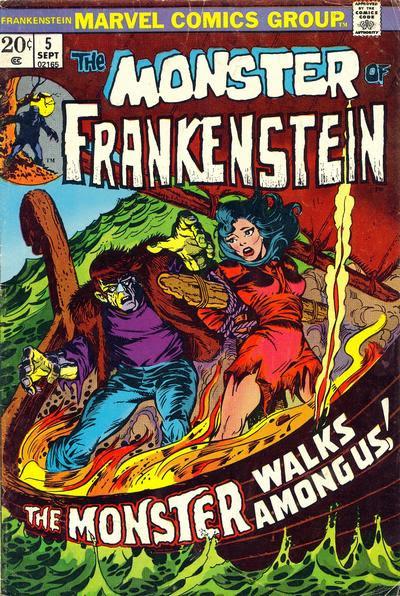 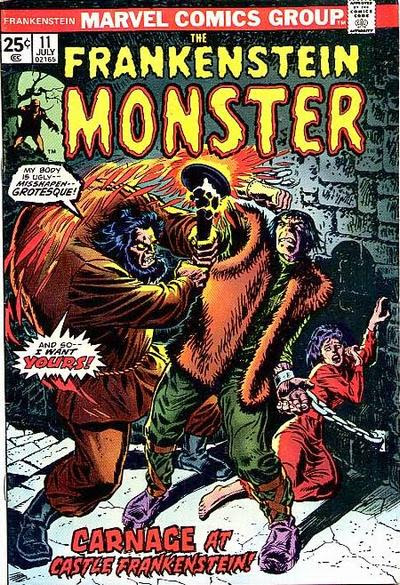 Despite what the cover logo says, the book was never officially titled "The Monster of Frankenstein" or "The Frankenstein Monster," it was always "Frankenstein"! 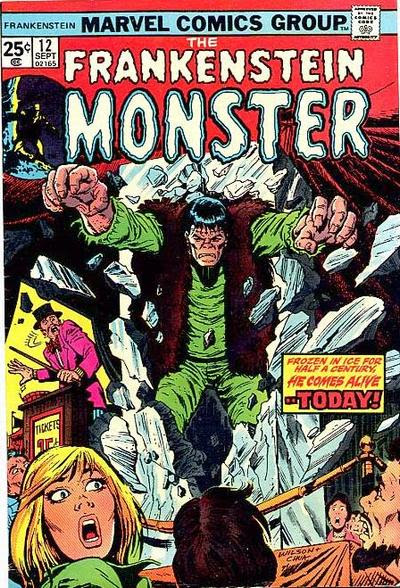 The series started out as a period piece, taking place in the same era as Mary Shelley's novel, but with this issue, the Monster was brought to the modern day... probably to see if sales would increase, plus the opportunity to have the Monster meet up with other Marvel monsters as well as their heroes! 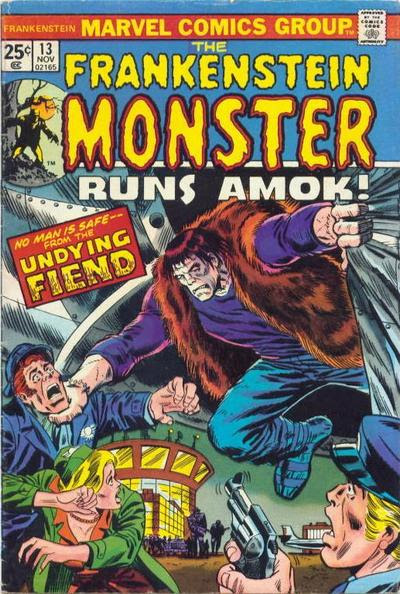 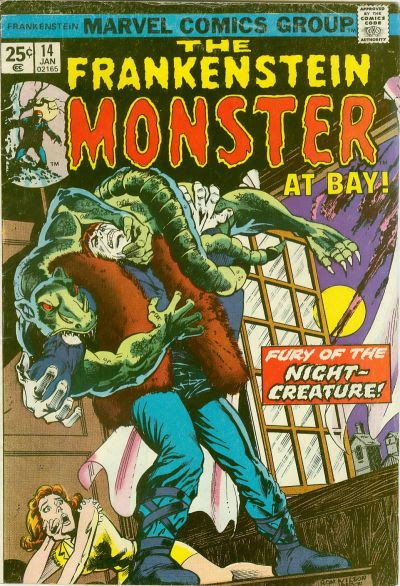 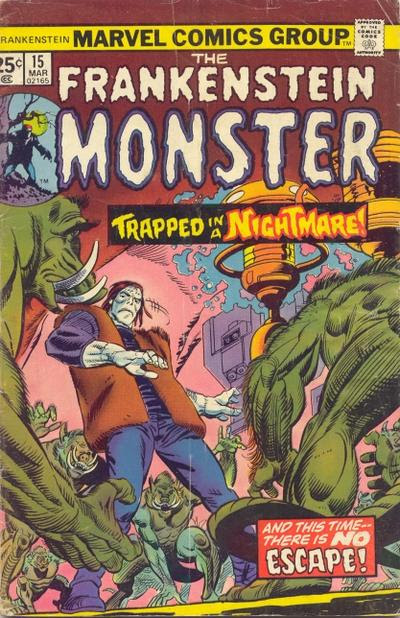 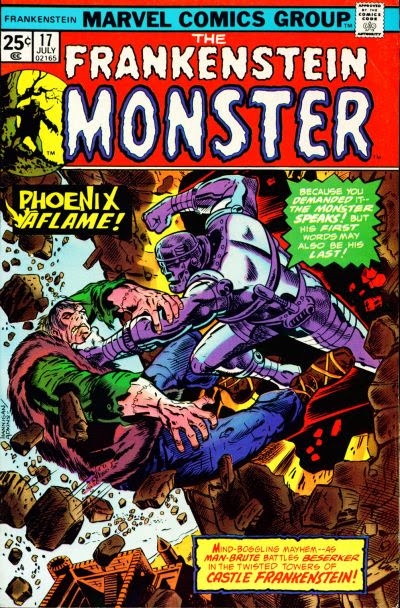 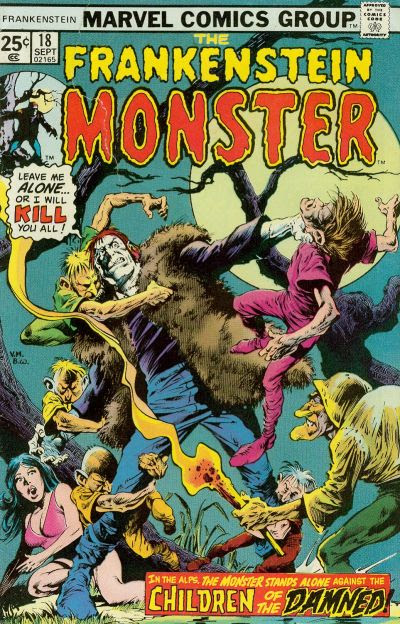 Also, in the coming months, I'll have even more comic book covers featuring the Monster, or variations on him!
Posted by Jon K at 12:01 AM